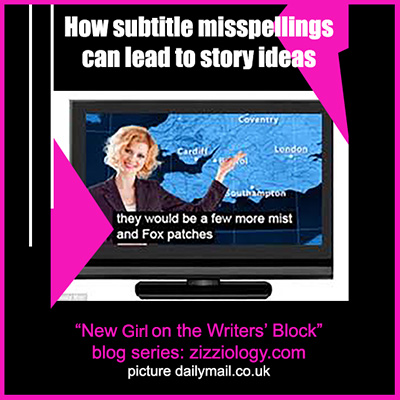 Tip: Misspelling of subtitles can lead to writing ideas – one of the upcoming chapters in my new book is named after this TV misspelling.

Have you turned a blunder into a writing opportunity?